You already know you’ll have our full support when you bring your production to Tennessee.

But it gets even better: You’ll also reap the benefits of one of the most capable, talented and dedicated workforces in the country.

And we’re in this for the long haul. We have the education pipeline in place to produce a sustainable workforce for both film and television production. There are 73 different production-specific programs offered at 35 institutions across the state. Our graduate numbers are growing every year, with 1,144 film graduates in 2012 alone.

Our dedication to the entertainment industry is undeniable, and we’ve got the numbers to prove it. Over the past five years, entertainment sector employment has grown 5.5% across the board, and it’s showing no signs of slowing down.

Tennesseans don’t have to move to Los Angeles or New York to learn and work in the film and television industry. More and more, it’s the other way around. 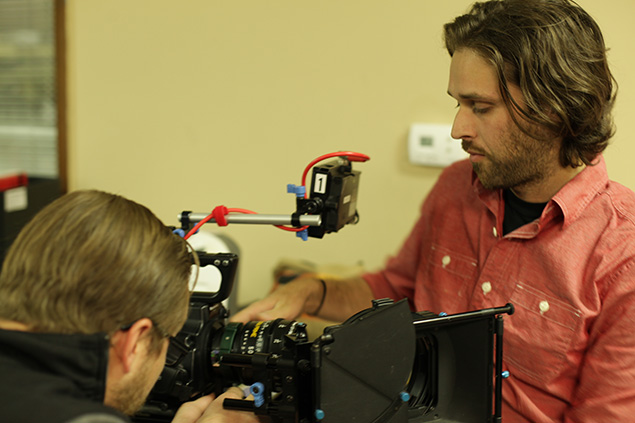 Welcome to the hub of creative innovation – a hotbed for big names and even bigger ideas.

Every day, more and more of the creative class are choosing to call Tennessee home. Some say it’s the quality of life. Others say it’s our unrivaled network of entertainment professionals. Regardless of what’s bringing so many film and television professionals to our state, we are quite proud of the growing number of celebrities, artists and technicians who are becoming Tennessee stars.

Come join the movement, where the community is the network, and craftsmanship is the way of life.

Tennessee’s unique geography offers a famously diverse range of natural scenery. From the peaks and ridges of the Great Smoky Mountains in the East, through the rolling hills and plateaus of Middle Tennessee, to the flat Mississippi River delta of the West, Tennessee isn’t just the best of several worlds – it’s a world unto itself, with unrivaled natural beauty that stretches from border to border.

Every region of Tennessee is known for its picturesque seasons. Whatever the season, the magic hour seems to last all day. Spring is a statewide bouquet of ethereal foliage and colorful blossoms – it’s all about warm days, cool evenings, and just the right mix of sunshine and rain. Summer brings an ideal lushness to Tennessee’s mountains, plains, forests and waterfronts, and a warmth that hangs around long after the sun goes down. Autumn is an explosion of breathtaking oranges, yellows and reds – people come from all over the world to see our stunning fall colors – and we enjoy warm days well into November. Winter brings picturesque dustings of snow, with temperatures that hardly ever dip below freezing.